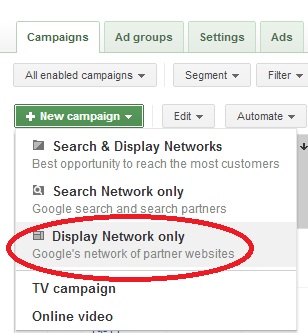 2. Select the mobile apps campaign type, and select mobile devices only. The line between tablets and PC computers is almost indistinguishable nowadays. Just because a tablet is a “mobile device” as per Google’s device settings, doesn’t mean that the user behavior is the same for tablets as smart phones. 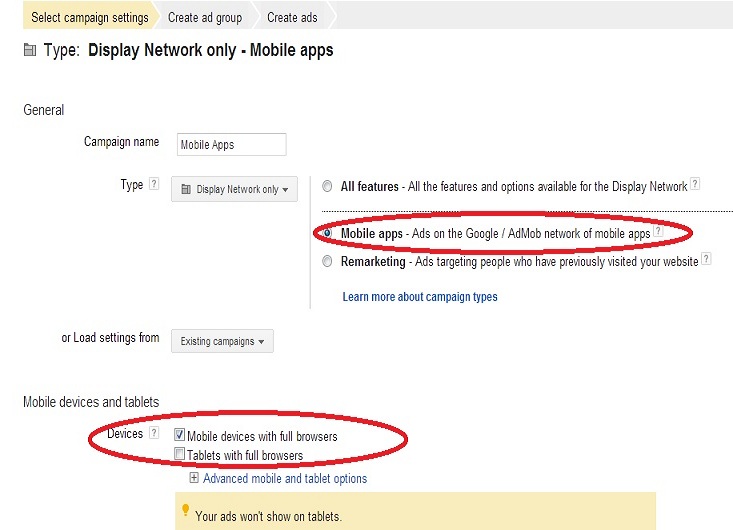 3. Now comes the really awesome part! It has never been this easy to create both text and image ads at the same time. The format and display of both ad types is different in mobile apps than it is for traditional display network placements. Google couldn’t have made it easier to create properly formatted ads with this new campaign setup. 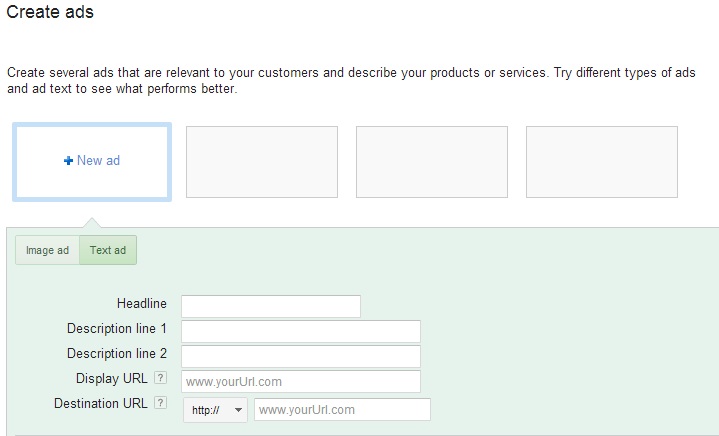 That’s it! Just click save and you have now created your first mobile app targeted campaign. Of course being a brand new platform there may be some hiccups along the way. If or more likely when a hiccup occurs, try not to worry too much. If you get started exploring this new option sooner rather than later, you will plenty of time to refine and optimize your mobile app targeted campaign before your competitors catch up!

What Is Flexible Reach Targeting?