After the first day, and the first experiment with enhanced AdWords campaigns, I am not buying the sales pitch. There’s no other way to put it – Device segmentation is a thing of the past. Period. I can’t help but wonder, what are we going to lose next? What I just can’t figure out, is why. Why?

Regardless of why, and without wasting any more time and effort trying to figure the angle, let’s just start with what we now know for sure. What have we lost, and what have we gained. 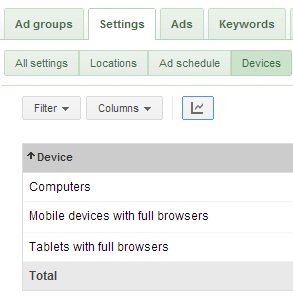 With enhanced campaigns, the only devices you can “opt out” of are mobile devices, and you can only do that by setting a mobile device bid of -100%. You can no longer target only tablets, desktop/laptop PC’s, or smartphones. If you advertise internationally especially, you may have found that in some countries, tablet devices or smartphones are the only profitable devices to target. Parsing the data and trying to find out why takes time. Clicking a button to say “stop it unit l I can find out why” is not an option anymore. A profitable ROAS is the difference between spending more (or any) money on AdWords or not. If that country, device, network, etc. is not profitable, who is going to keep throwing good money after bad? If I don’t have the option to define rules for the campaign to make it profitable, I can’t justify spending my clients money. Less ad revenue for Google is less money off the bottom line. I just can’t figure it… 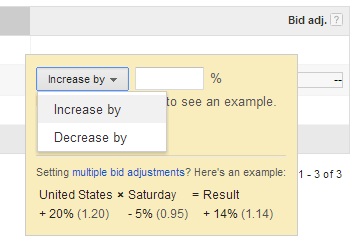 Yep, call only campaigns will be a thing of the past now as well. Since the only devices you can opt out of are mobile devices, you cannot create a campaign which only targets mobile devices capable of making a phone call. You can only bid up or down +/- 300%  for mobile devices.  You can still select call only for ads on mobile devices in your call extension settings, but you will have to bid on PC and tablet traffic whether you want to or not.

Ad Optimization – This isn’t as straight forward of an issue. It’s not an obvious campaign setting, or advertising strategy, so you have to look a litter deeper to see what you will be losing come June. Because the screen for mobile devices is so much smaller, and the SERP space so much more limited, you may have noticed that your desktop ads actually get truncated when shown on mobile devices. Rather than two 35 character lines of text, 25-30 character description lines may be more effective for mobile text ads. Now that you cannot segment by device, you have to parse the ad copy data to determine which ad performs better on each device, and hope that Google shows the right ad on the right device. “I hope it works right”  is just not acceptable to me. You test, analyze, and optimize so that you can know for certain whether it’s working or not. 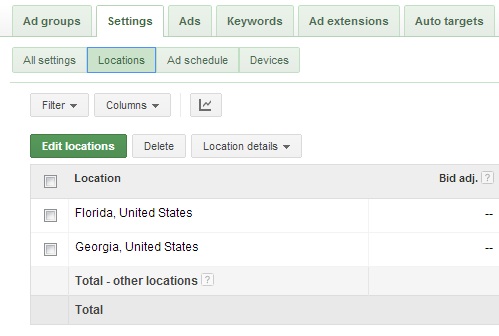 Only being able to opt out of mobile devices aside, there are actually some pretty cool new bid adjustment options for other areas of the campaign settings which have never existed before. You can now adjust bids per targeted location as well as time of day. I haven’t dared try to experiment with enhanced campaigns for any profitable, effective CPA campaigns yet, but if there’s any chance that you can now use time and location bid adjustments for CPA campaigns, that would be awesome. I doubt it, but when I have to use enhanced campaigns for current CPA campaigns, I will certainly write about the outcome, one way or the other. 🙂

This was the one thing promised by enhanced campaigns that I was actually excited about. Now that I have a chance to see what’s going on, I’m still pretty excited. CPP charges no longer exist with enhanced campaigns. So how do you set your CPP bid high enough to help ensure that your call extension shows with an ad? You don’t. For the first day, 91% of the total impressions were shown with a call extension. Even with CPP bids 91% would be an outstanding ratio to total impressions. When you set up your enhanced call extensions, if using Google forwarding numbers, you automatically get the option to set a call duration as a conversion. WOW! That’s huge. Never before have you been able to track a call metrics call as a conversion within the AdWords interface – At least not without fancy third party call tracking software and special coding and programming, which could undoubtedly get very expensive.

Now you can see individual link data for your sitelink group. You can also edit any individual link without resetting the entire ad extensions data. Cool. However, although it’s hard to know anything for certain with only one day’s data, at this point all the stats for each individual link are all the same. I’m not yet certain whether the functionality falls short of the promises, there just isn’t enough data, or there are still some kinks to be worked out with such a new feature. That will take more than just a day.

Other Enhanced Ad Extensions – It looks like you can also upgrade to enhanced offer, and mobile app extensions. In this limited test case campaign, neither of those are an option I have available to play with, but if you do, then take a look at those as well. Maybe there’s actually something cool going on there?

In general, you also have options at the adgroup level for each of these advanced campaign features. For the first day, I’m not going to complicate things anymore than they already are just yet. Although, I can already see how you could possibly do some things within a single campaign using different adgroup settings that you used to only be able to do with different campaigns. However, you would still have to rely on Google to do the “right” thing per ad impression. If you’re OK with that, then you may find it’s easier now to only have one campaign, and multiple adgroups.

I am still not convinced that when it comes to the bottom line of our clients businesses that we haven’t lost more than we have gained. I’m going to continue to rant and complain a bit, but I know that this change is coming whether I want it to or not. Reality is what it is, and we have to deal with it. 🙂 Like with anything AdWords, I wouldn’t recommend going full throttle until you have had some time to test, analyze, and optimize enhanced campaigns on a small scale. I would definitely recommend experimenting with advanced campaigns as soon as you can – Perhaps a new enhanced “lost leader” campaign that is not likely to affect your current “legacy” campaign performance. That way, when the change that’s coming happens, you are as ready for it as you possibly can be.

The one change that could make enhanced campaigns palatable to me, would be if you could have bid modifiers for all devices, based off of a default adgroup bid. Then we wouldn’t be really losing anything (except specific carriers, and specific devices, which would still kind of suck)… What are the odds of that happening though? 🙂

You can find more information about Enhanced Campaigns here. Shout out to PPC Hero – They beat me to the punch on a lot of this stuff. 🙂 Now that you’ve read my spin on it, check them out for another perspective. That’s all from the first day for now. We’ll have to see what happens, what other information comes out, and what we can learn after the first week.

I already see my company on Google, why advertise?

Why is there Still No Progressive Radio in Portland?